Fred, Harry and Dave were not able to join the Raid Picard so a road bike outing was our only possible consolation. 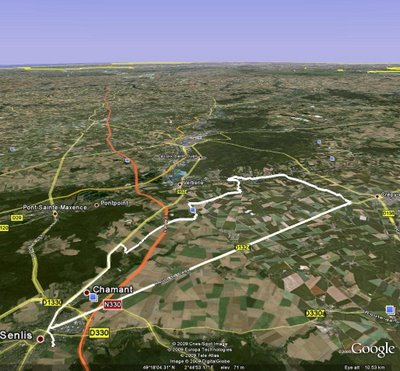 Dave and Fred set out at 13:30 from the usual spot and headed East towards Crepy en Valois. The tail winds made this first part very enjable as the average speed was 36kph for the first 16kms of the ride.

After this speed fest we turned North at Duvy and followed a valley all the way to Bethisy-Saint-Pierre only to come out at Nery, Rary, Ognon, Chamant and finally back in Senlis.

Fabrice, gonna join in the fun next time??